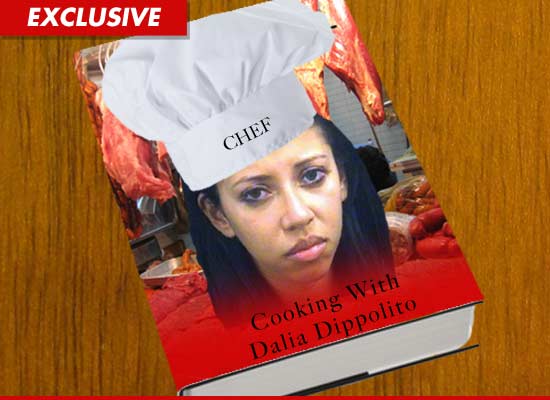 She was sentenced to 20 years in prison for hiring a hitman to murder her husband — but now, failed husband-killer Dalia Dippolito is cooking up a new scheme … a book full of delicious recipes!

You’ll remember … Dalia was convicted in June of soliciting to commit first-degree murder — after her 2009 arrest, when caught paying an undercover cop to kill her hubby of 6 months.

29-year-old Dalia is now serving house arrest while waiting out an appeal to the 20-year sentence — and in the meantime, she’s keeping herself busy … putting together a cookbook of her favorite recipes.

Dalia tells TMZ, she “poured [her] heart and soul into” the book — which she describes as “a combination of cooking, health and nutrition, self-help, decorating and humor with a modern twist.”

Right now, she’s looking for a literary agent to help lock down a deal — adding, “I want to teach people that you can bring the sexy back in the kitchen regardless of whatever you have going on in your life.”

But who knows if it’ll ever get done — clearly, Dalia has problems finishing the job.