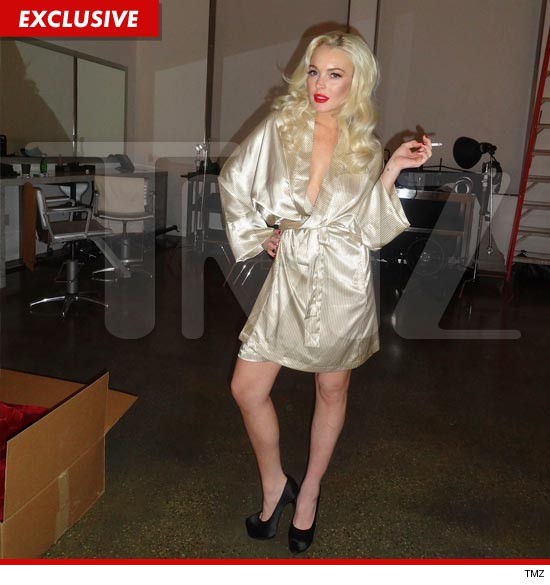 Lo and behold … the only surviving shot from the Lindsay Lohan Playboy photo shoot that hasn’t been touched up by professionals … and it might be the best one of the entire spread.

The pic was taken behind the scenes during Lindsay’s 2-day shoot back in November — right before she disrobed for a Marilyn Monroe-inspired spread.

The final shoots were leaked onto the web yesterday — and while Lindsay looks good, it’s obvious they were photoshopped like a mutha.