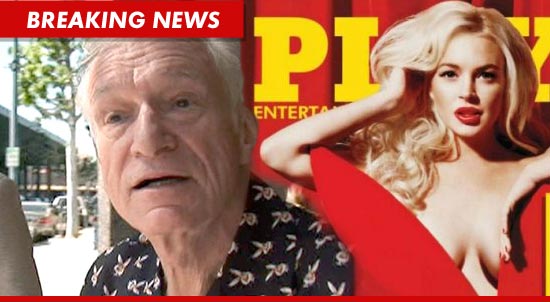 Hugh Hefner has been screwed by the Internet .. and now the Playboy honcho has announced he’s releasing the Lindsay Lohan issue early … after the entire spread was leaked on the web.

As we previously reported, Playboy invested a TON of money into the Lohan edition — and had printed thousands of extra copies in anticipation of unprecedented demand.

No new release date has been announced … yet.