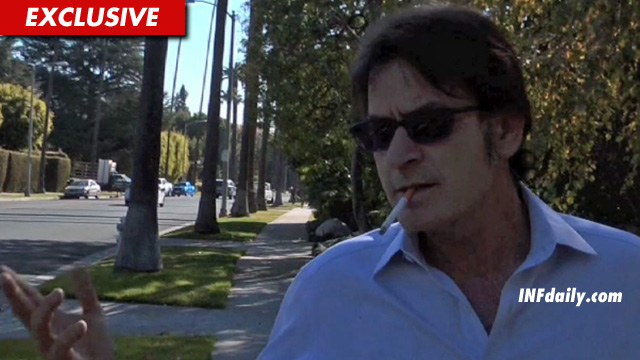 Charlie Sheen says there’s no way Brooke Mueller could have been trying to sell coke in Aspen this weekend … because he gives her all the cash she needs in child support!!!

Sheen says he spoke with Brooke Tuesday night … and says she’s doing great — just days after she was arrested in Colorado for possession of cocaine with intent to distribute.

When asked about the charge … Sheen said, “With the child support I give her … she’s gonna deal drugs? Never gonna happen.”

As for the kids, Sheen says he and Brooke have worked out a plan to share the work load — saying, “We’re interested in co-parenting … the kids need two parents.”

Sheen also took a shot at Aspen cops — saying, “The cops in Aspen are Keystone on their finest day … these are the clowns that let [Ted] Bundy go.”

Shocking statement … considering law enforcement officials in Aspen cut Charlie a huge break by not throwing the book at him when he was arrested for allegedly holding a knife to Brooke’s throat back in 2009.

TMZ
Charlie Sheen — NO WAY Brooke Mueller Deals Drugs … ‘Cause I Pay Her a Fortune!!