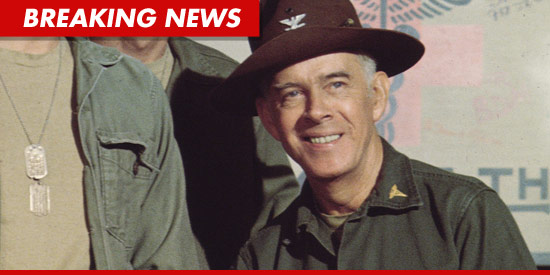 Emmy Award-winning actor Harry Morgan — who played Colonel Potter on the series M*A*S*H — died this morning in his L.A. home … this according to the actor’s son.

His son Charles told the NY Times … Morgan was recently treated for pneumonia — thought it’s unclear if that was a cause of death.

Morgan is survived by his wife Barbara, three son’s from his previous marriage, and eight grandchildren. He was 96.