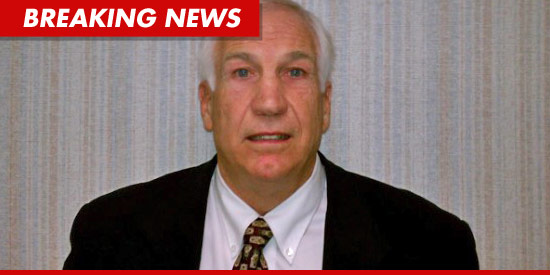 Jerry Sandusky was handcuffed and removed from his Pennsylvania home earlier today … after he was hit with 4 NEW sex abuse charges.

The arrest was made after allegations were made by two NEW accusers.

The former Penn State assistant  football coach is due in court to face the new charges later today.

Prosecutors are expected to ask the judge to hold Sandusky WITHOUT bail.