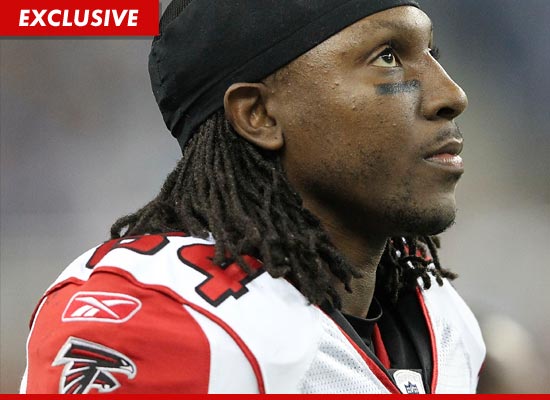 Atlanta Falcons superstar Roddy White is being targeted by a female banker … who claims the wide receiver made a special deposit in her womb last year … and now she wants him to pay for it.

According to court documents filed in Georgia, a woman named Stacey Hott claims Roddy is the biological father of her 4-month old baby boy … and she believes Roddy should provide child support … lots and lots of child support.

In fact, Hott claims. “[White] is a professional athlete capable of providing generous support for the minor child commensurate with his earnings.”

The “earnings” that Hott is referring to is a $50 million contract White signed in 2009.

She’s also demanding Roddy take out a life insurance policy for himself ASAP … for the “benefit of the minor child.”