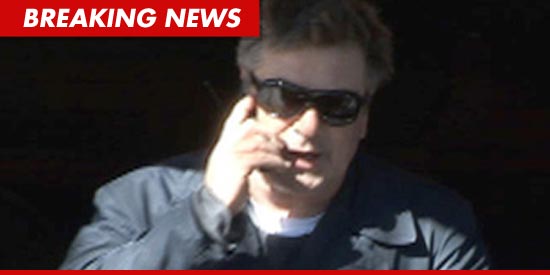 Alec Baldwin just went OFF about American Airlines, its employees, post 9/11 travel, and the entire airline industry — and best of all … this rant came wrapped in an apology.

In his letter, just published on Huffingtonpost.com, Baldwin begins by apologizing to passengers on yesterday’s flight … saying, “It was never my intention to inconvenience anyone with my ‘issue’ with a certain flight attendant.” He claims the woman singled him out to “make some example of me.”

Baldwin continues … “It’s
no secret that the level of service on US carriers has deteriorated
to a point that would make Howard Hughes red-faced. Filthy planes,
barely edible meals, cuts in jet service to less-traveled locations.”

He also claims the industry used 9/11 “as an excuse to make the air travel experience as inelegant as possible” … and says flying is now a “Greyhound bus experience.”

Note to Alec: On Greyhound you can play “Words with Friends” all you want.