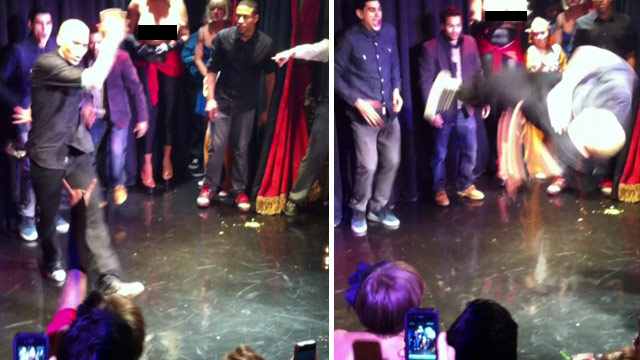 In case you had any doubt … Chris Brown is one badass back-flipping dance machine — and he proved it last night at an L.A. nightclub, throwing down some mind-blowing moves in an impromptu breakdance battle … and TMZ has the footage.

Brown and his dance crew stormed the stage at Beacher’s Madhouse inside the Hollywood Roosevelt Hotel … unleashing breakdance MAYHEM — and the crowd went wild. You gotta see the clip.

Best part — 6-foot-7 Amazon Ashley waiting patiently in the background to take the stage … with her giant nipple tassels.