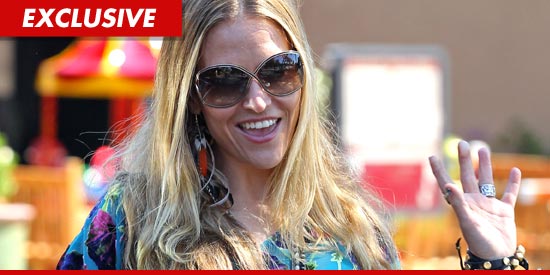 There’s more than a good chance Brooke Mueller will not see another day in the pokey for her felony drug bust in Aspen … according to law enforcement sources.

We’re told that although Brooke allegedly had four grams of cocaine on her — nothing to sneeze at, for sure — it’s still the lowest class of felony arrest. Also weighing in her favor is the fact she’s a first time drug offender … in the eyes of the law, anyway. Brooke had a 2001 coke arrest in Florida, but it was dropped.

It all adds up to the very real possibility of Brooke getting nothing more than probation — instead of the max six years behind bars — and, in fact, our sources say the Pitkin County DA would be willing to put that option “on the table.”

Also possible — and even better for Brooke — is a deferral, which means if she’s a good girl for an agreed upon probationary period… the charge will be dismissed as if it never happened.

Brooke’s attorney Yale Galanter tells TMZ he’s already pushing for the best possible outcome … something he’s familiar with in Aspen. Galanter famously pulled Charlie Sheen‘s bacon from the fire after his arrest there.