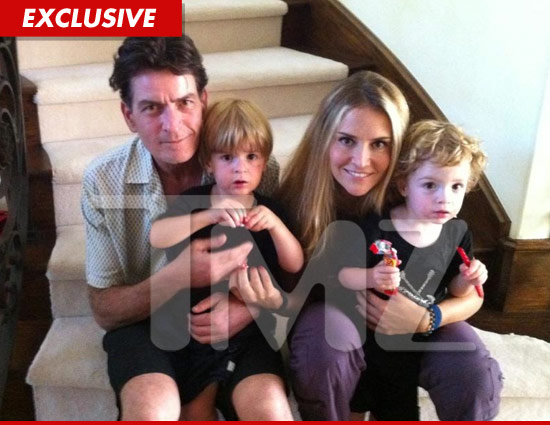 Charlie Sheen has returned from Colombia — and TMZ has learned, he’s now on a mission to save his kids … after mommy Brooke Mueller was arrested for cocaine possession last week.

Sources close to the couple tell TMZ, Brooke had custody of the 2-year-old twins the night of her arrest — leaving them in the care of a nanny while she went out clubbing.

Brooke and the kids are currently on their way back from Aspen now — but we’re told, Charlie plans to take care of them as soon as they’re home … and Brooke’s parents will help.

According to sources, Brooke’s going to take some time for herself while she tries to “get better.”

Brooke has struggled with substance abuse issues for years — and most recently sought addiction help at an alternative treatment facility in Mexico.