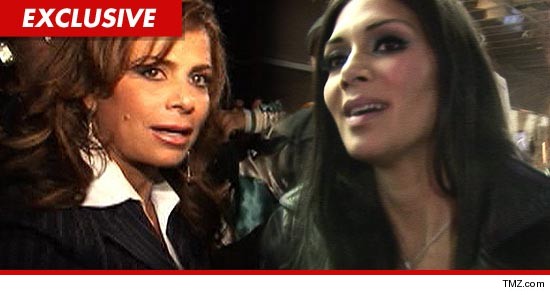 “X-Factor” hosts Paula Abdul and Nicole Scherzinger voted off the wrong contestant Thursday night — at least according to several angry Drew Ryniewicz fans … whose violent threats have Paula and Nicole fearing for their lives.

According to our sources, Paula and Nicole both got the cold shoulder from Simon Cowell after the show … who was “furious” with their decision. But that’s nothing compared to the abusive tweets and Facebook messages they’ve received. Some of the messages read:

Sources on the show tell us Paula and Nicole are shocked by the harassing messages and neither has experienced a reaction so strong before.