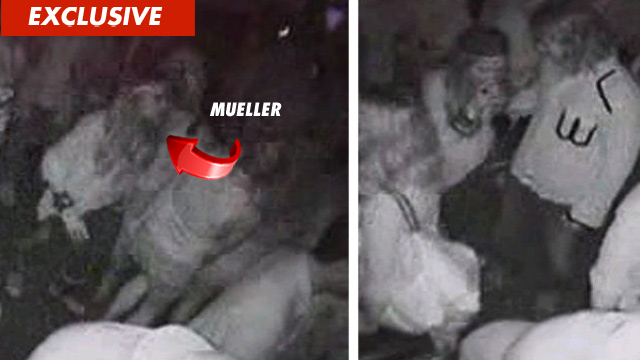 Minutes after Brooke Mueller allegedly assaulted someone Friday night, she sashayed her ass into an Aspen nightclub like nothing just happened — and TMZ has the hilarious security cam footage.

TMZ broke the story … Brooke was arrested Friday night outside Aspen’s Escobar nightclub on suspicion of felony cocaine possession. She was also booked for third degree assault after allegedly attacking someone at a different nightclub nearby.

But right before all that happened, Brooke DANCED HER FACE OFF.

There’s no sound — but you can totally make out Brooke doing her thing … twirling around, drink in hand, bumping into other dancers. Moments later, cops show up and drag her outside.

You gotta watch the clip. Brooke is currently free on $11,000 bond.

TMZ
Brooke Mueller — Getting DOWN Before Drug Arrest [VIDEO]