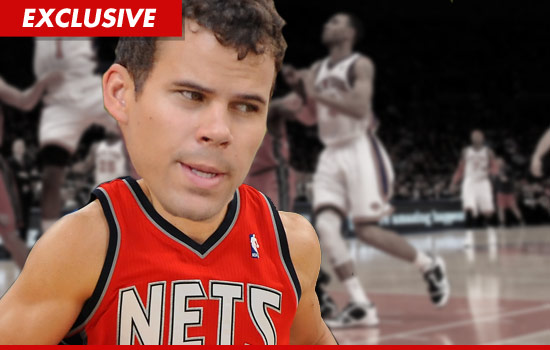 Kris Humphries will not get any money by fighting Kim Kardashian‘s attempt to divorce him — but if he really wants to fight, there is something he can do to try and score millions from KK.

Sources directly connected with both Kris and Kim tell TMZ … there is no point in challenging the prenup — it’s iron-clad and both sides know it.   Fact is, if Kris gets his way and has the marriage annulled based on fraud, that would mean there was never a marriage and as a result he would have NO CLAIM to any of Kim’s earnings during their 72 days of bliss because no marriage would have existed.

We’ve poked around and asked some experts what Kris might be able to do to score some cash, if he really wanted to do that.  The only plausible scenario is if Kris files a claim against Kim for intentional infliction of emotional distress based on fraud.  If he could prove Kim used him as a disposable groom for her reality show — he could get monetary damages.

So, you ask, what would his monetary damages be?  Well how ’bout this?  If Kris sucks during the lockout shortened BBall season and gets cut from the Nets — which is a possibility — he could blame the distractions on his disastrous marriage and try to sock Kim for the money he’d be out.  Kris pulls in $3.2 mil a year.

Here’s the deal.  We know Kris is really hurt and feels he was used by Kim.  The question — does he have the stomach to sue her in civil court.  And there’s this — the likelihood of Kris winning is about as great as Harvey Levin replacing him on the Nets.