Filed under: Beavis and Butthead 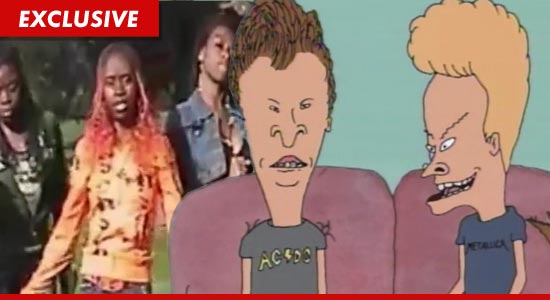 The rapper whose song was mercilessly ridiculed by Beavis & Butt-Head last month now lives in fear for her life — telling TMZ, ever since the episode aired … she’s been receiving horrifying racist threats.

Rapper T-Baby tells us, she’s been getting more than a hundred text messages a day since her music video for “It’s So Cold in the D” debuted on the MTV show — but it doesn’t stop with texts … Baby says she also gets verbally accosted on the street.

According to the rapper, the shocking racist text threats include — “Goodnight n*****, I wish all you f**kers would go back to Africa where you belong not here. Sleep by your window so I can get to you easier.”

T-Baby says she doesn’t want to involve the police because she’s “no snitch” — but that leaves her with few options … like changing her phone number, or moving.

T-Baby tells us, “I feel in a lost situation because I have no one but my son … but I refuse to stop. Only way I can show how I am here to stay is keep doing my thing.”

TMZ
‘Beavis & Butt-Head’ Rapper — Are You Threatening Me?!?!