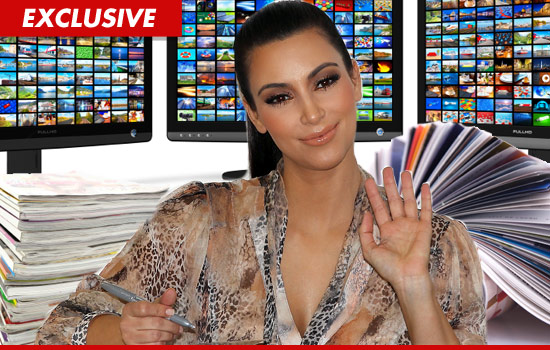 Kim Kardashian is telling friends … she’s incredulous over Kris Humphries claim that she used him as a disposable groom just to get a pop on her reality show.

Kim is bragging — and on this one she has a right to brag — she and her mom are marketing geniuses, so why would she set herself up to be skewered in the media by dumping her husband after only 72 days?  Kim acknowledges the split has been rough on her image and she would never have intentionally self-destructed.

And, Kim says, if this were really a wedding truly made for TV, she would have made it “way better,” telling friends, “I’m no dummy.  The divorce would have been just as dramatic and dragged out as the wedding.”

Kim is telling friends Kris’ latest move is “pathetic,” adding, “Why fight over any of this?”