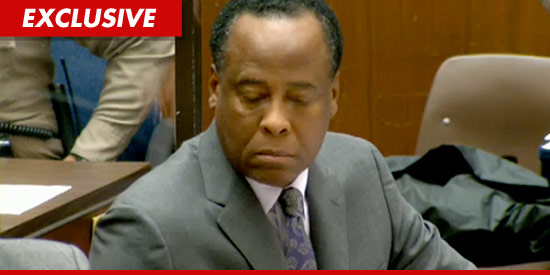 Conrad Murray doesn’t regret for a second doing the documentary that infuriated Judge Michael Pastor, because he wanted the public to hear his side of the story.

Murray — who declined to testify in his trial — spoke with friends and family after the sentence.  We’re told Murray said he knew he was going to get the maximum sentence, so it didn’t bother him that he became Judge Michael Pastor’s human punching bag over the things he said in the documentary — in particular, trashing Michael Jackson and not accepting any blame for his death.

And we know more about Murray’s reaction to the sentence.  He’s saying he’s “surprisingly upbeat” about the sentence, telling one friend, “I’m just relieved it’s finally over,” adding, “Don’t worry, I’m fine, and I’ll be out soon.”

TMZ
Conrad Murray: I’m Glad I Did that Documentary