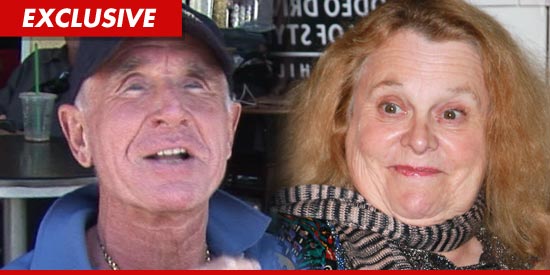 Prince von Ahole claims he’s the victim of a ferocious elbowing attack — and the alleged elbower is none other than his 64-year-old step daughter … law enforcement sources tell TMZ.

TMZ has learned … von Ahole has filed a police report — claiming Zsa Zsa Gabor‘s daughter, Francesca Hilton, made like Ludacris and threw some ‘bows during an altercation at Prince’s Beverly Hills mansion on Sunday.

Prince tells TMZ … he had originally welcomed Francesca into zee house to see her mom, when she suddenly turned on him and shouted, “Why do you keep her alive for your own personal benefit?!”

That’s when Prince claims Francesca got violent — and fired an elbow into his stomach.

Prince says Francesca left the home and he went straight to zee police to file a report — and now he hopes cops will launch an investigation into the matter.

TMZ spoke to Francesca’s rep … who claims Prince is “fabricating the story to get media attention.”

The rep adds, “This pathetic behavior is just one more publicity stunt on behalf of Von Anhalt at the further cost of a mother/daughter relationship and the legacy of Zsa Zsa Gabor.”