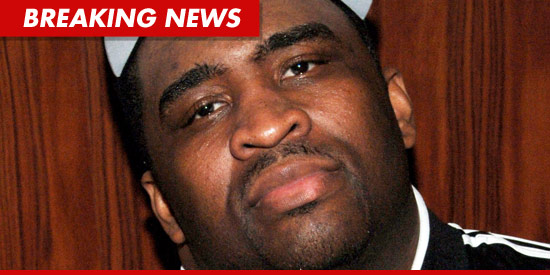 Comedian Patrice O’Neal died Monday night … after suffering a stroke back in October … this according to his friends at the “Opie and Anthony” radio show.

O’Neal had been a staple in the comedy world for years — and performed at the “Comedy Central Roast of Charlie Sheen” back in September.

O’Neal was a regular guest on the “Opie and Anthony” radio show — and appeared on several TV shows such as “Chappelle Show,” “The Office,” and “Tough Crowd with Colin Quinn.”

Opie just tweeted, “Yes it’s true that our pal Patrice O’Neal has passed away. The funniest and best thinker I’ve ever known PERIOD.”