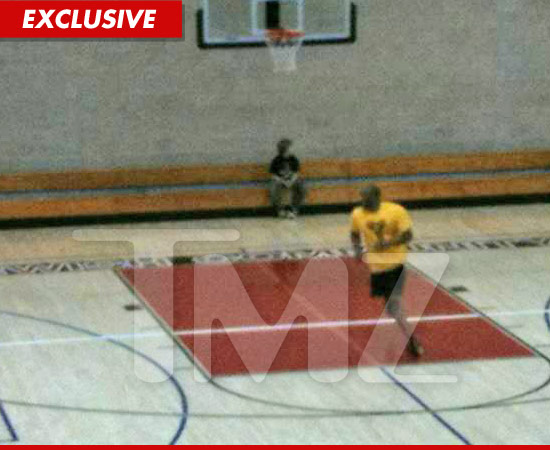 Hannukah came early for a bunch of Jews in Irvine, CA tonight — when Kobe Bryant rolled up to the local Jewish Community Center and asked if he could borrow the basketball court for a hardcore private training session … TMZ has learned.

Yentas at the JCC tell us … the honchos at the center were more than happy to let Kobe use the facility — and the Black Mamba couldn’t have been nicer.

Kobe and a trainer proceeded to work on shooting drills and cardio training while a gang of the chosen people looked on in amazement.

We’re told the training session went on for more than an hour — and Kobe looked as sharp as ever.

Of course, the NBA lockout is just about over — but players aren’t expected to rejoin their teams for a few days … so it seems Kobe is simply trying to get ahead of the game.

Kobe ain’t the first NBA superstar to play with the ‘Brews — just last month LeBron James filled in a for a league team at a JCC in Ohio … and DOMINATED.

The NBA — sponsored by Manischewitz.