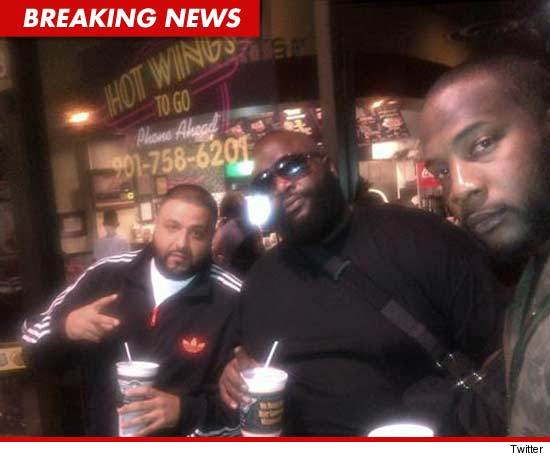 After two in-flight medical emergencies, rapper Rick Ross FINALLY made it to Memphis this weekend for the grand opening of a chicken wing joint.

TMZ broke the story … Ross suffered his first seizure on a commercial flight, which had to be diverted so he could receive medical care.

Hours later, Ross got back on a private jet … and suffered ANOTHER seizure. The plane was also diverted … but this time Ross was rushed to a nearby hospital for treatment.

But Ross eventually made it to Memphis … because Ross’ friend, DJ Khaled, posted a photo last night … showing the rapper sipping on a drink in front of a Tennessee Wingstop. Khaled noted, “My brother ROZAY!!IS GOOD!!!”

It’s unclear HOW Ross actually got to Memphis — or how he plans to get home.