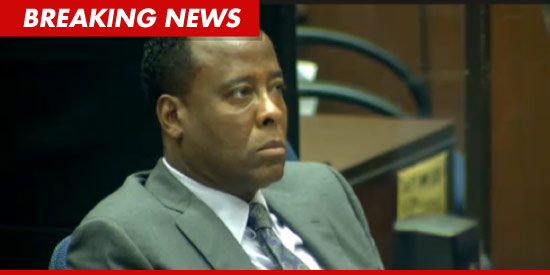 In a stunning turn of events, Dr. Conrad Murray‘s lawyer announced in court this AM that Murray is abandoning his primary defense — that Michael Jackson accidentally killed himself by orally self-administering Propofol.

Michael Flanagan said in court today that an independent study by the defense showed swallowing Propofol would not produce fatal results.

It’s a huge blow to Murray’s defense, since his lead lawyer, Ed Chernoff, said in opening statements that they would show MJ self-administered the drug.

Murray is now left with a big problem — he says he only gave MJ a small amount of Propofol before the singer died, yet the autopsy shows a massive Propofol overdose.