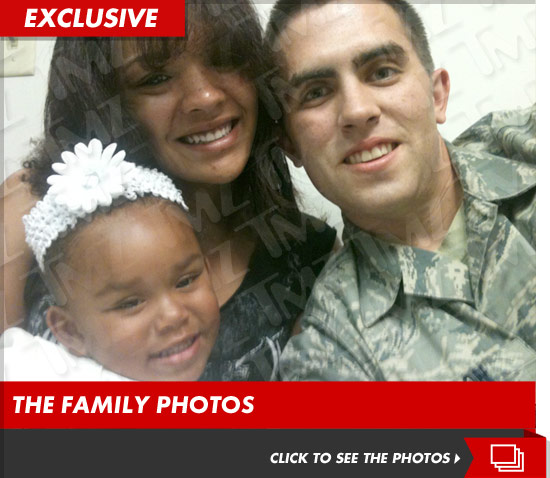 The “16 & Pregnant” couple who had their daughter taken away by authorities last month — because their house was covered in feces — finally saw their kid again this week … and TMZ has obtained pics of the happy 4-hour reunion.

As we previously reported, the Department of Human Services in Arkansas took away Joshua and Ebony Rendon‘s 2-year-old daughter Jocelyn … after discovering the couple’s deplorable feces-smeared living conditions — and police then arrested them for child endangerment.

But the couple has since cleaned up their act — and in return, DHS has awarded them visitation of their daughter twice a week … for two hours at a time … with a supervisor.

Sources close to the couple tell TMZ, E & J are serious about regaining full custody of their girl — and to prove they mean business .. they’ve enrolled in parenting classes and therapy.

A court date has been set for November 10th to decide if they’ll get their daughter back.