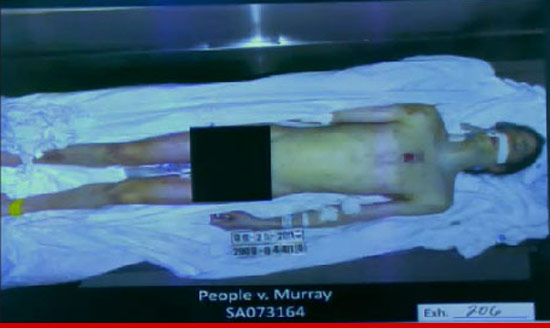 Prosecutors just showed an image of Michael Jackson‘s dead, naked body sprawled on a gurney in the hospital — taken moments after the singer died.

The date on tiles beside his body reads August 25th, 2009 — but the autopsy doctor Christopher Rogers claims the date was wrong … it should have read June 25th. 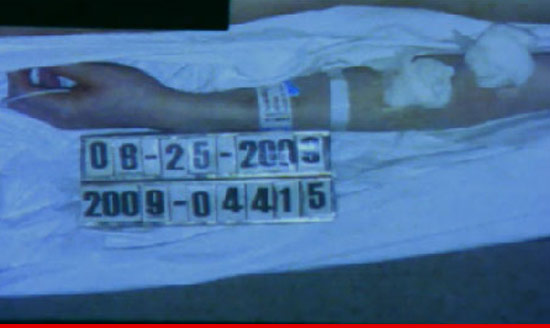