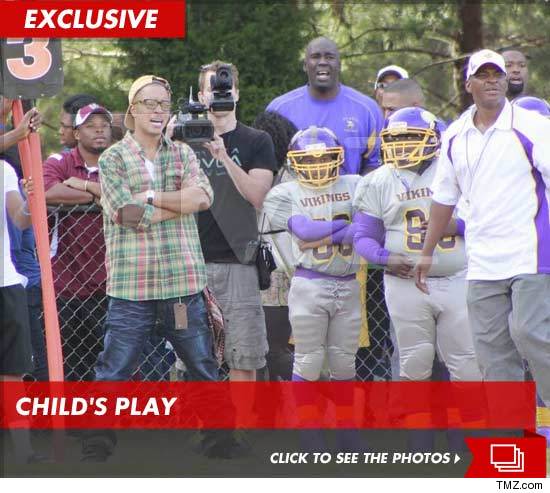 T.I. is making up for lost dad time — after 11 months in federal custody, the rapper spent last Saturday afternoon at his son’s football game in Atlanta … and his reality TV crew filmed the entire heartwarming bonding sesh.

You can tell from the pics — T.I. had a field day.