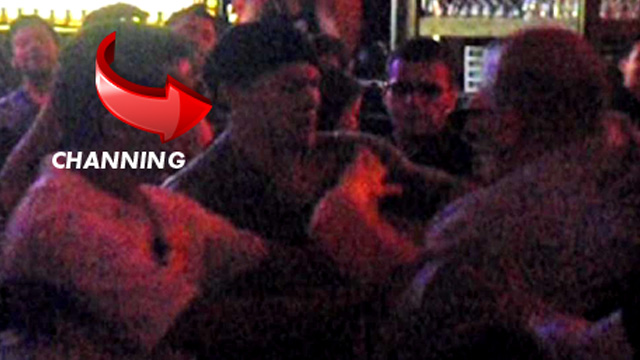 TMZ has now obtained video of the actual bar fight in Chicago Friday night — after which Channing Tatum was ushered away by security.

As we reported, there’s a conflict over whether Channing threw a punch in the melee — or if he was even involved in the fight. Tatum’s people insist he was not a participant, but several tweets from alleged patrons suggest otherwise.

The video shows Channing was clearly there — but the question … did the actor play a role in the free-for-all?