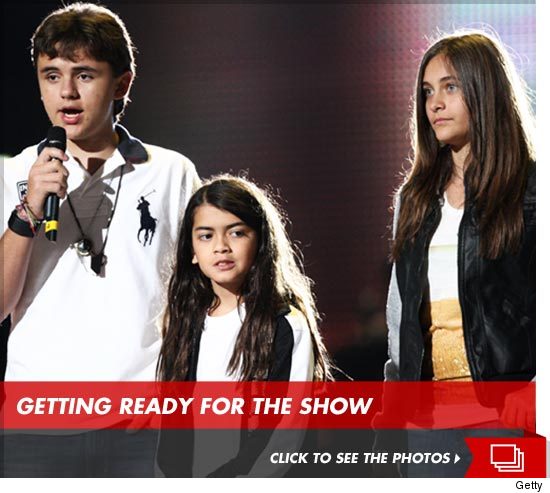 Michael Jackson‘s children, along with his brothers and sister La Toya, were among those that took the stage today for rehearsals before tonight’s big “Michael Forever” tribute concert in Cardiff, Wales.