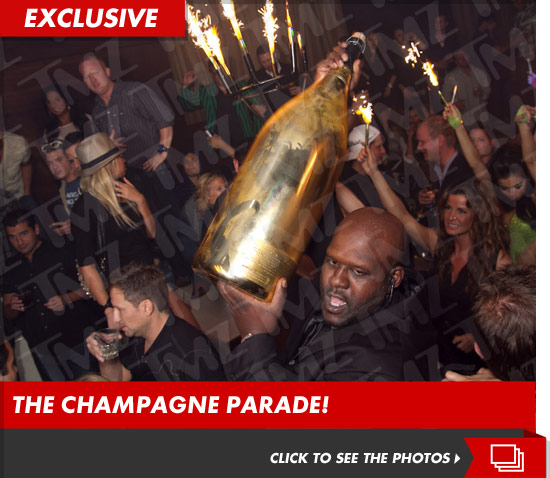 Zac Efron almost committed the biggest party foul EVER – dropping a $100,000 dollar bottle of “Ace of Spades” champagne … his baller gift from a Russian billionaire’s son.

Sources inside Board Room nightclub in Chicago tell TMZ … Zac attempted to lift the full 15 litre bottle on Tuesday night. We’re told Zac learned the hard way it was too heavy for him — but managed to hold on just long enough to avert the ultimate disaster.

Note: The massive guy pictured (above) delivered the bottle without breaking a sweat.

As we previously reported, the billionaire left a $22,510 tip for the server.