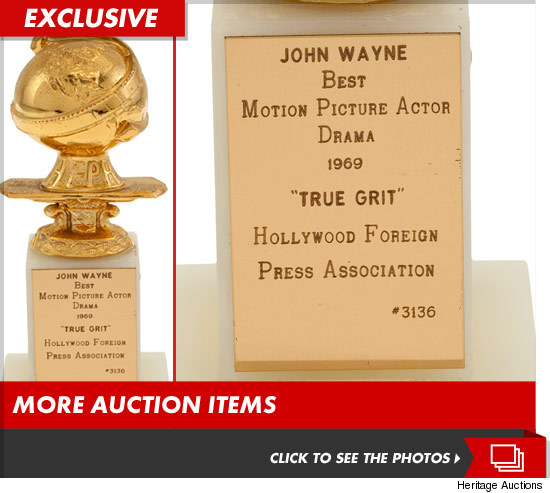 John Wayne only won one Golden Globe in his career … and it just sold at auction for a whopping $143,400.

The award — for the classic 1969 film “True Grit” — was one of 700 different items (awards, costumes, documents) put up for auction by Wayne’s family.

A portion of the auction proceeds will be used by the John Wayne Cancer Foundation to help fund treatment, research and education.