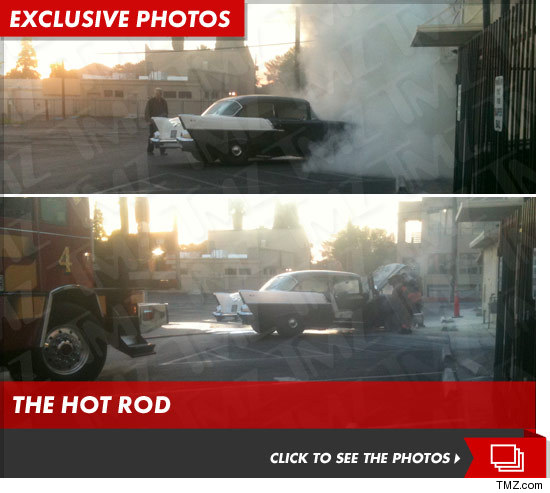 It was destroyed in a blazing inferno last week — and now TMZ has obtained pictures of its smoldering remains … the History Channel‘s famous cherry ’57 Chevy.

But thankfully, these guys are pros — and as we previously reported, they had the car completely repaired in a few hours.