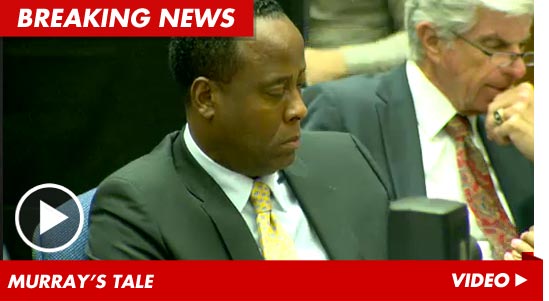 Dr. Conrad Murray‘s interview with LAPD detectives reveals a huge inconsistency that could weigh heavily with the jury.

But according to Sade Anding, Murray’s Houston girlfriend who was on the phone with Murray, she says she was talking to him for a while when suddenly it appeared Murray dropped the phone and the emergency commenced.

So now there are competing stories — Either Murray went to the bathroom as he told cops, or he was on the phone — possibly distracted.  If jurors believe Anding and the phone records, they could easily conclude Murray lied to cops.