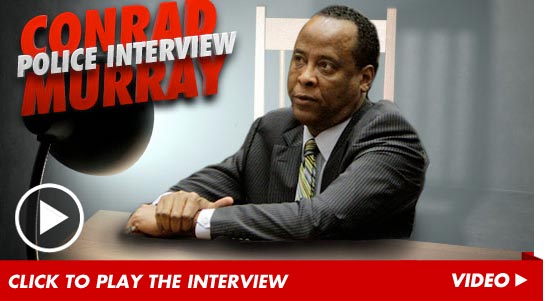 Prosecutors just played a portion of Dr. Murray’s explosive 2-hour interview with police on June 27th, 2009 — in which Murray claims Jackson “was unable to sleep naturally.”

Murray told police, beginning around 1:30 AM, he gave MJ multiple doses of Lorazepam and Medazolam over the course of 9 hours on June 25th, 2009 to help the singer sleep — but the drugs had no effect — and then gave him other drugs as well.

Around 10:40 AM — less than two hours before MJ’s security guard called 911 — Murray said he gave MJ 25mg of Propofol to put him to sleep … claiming, “I took all precautions that were available to me.”

Murray said he gave MJ Propofol daily — with a few exceptions … because he was trying to ween the singer off the “milk.” According to Murray, “Michael loved that drug.”