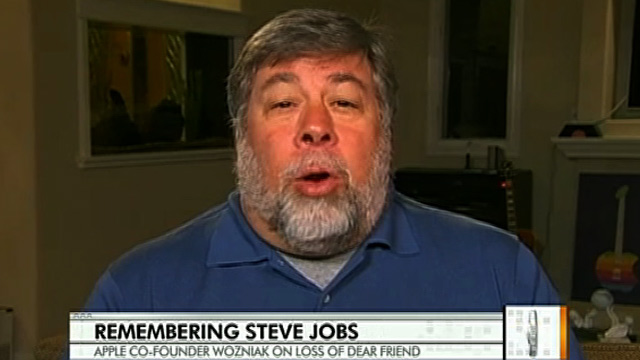 Apple co-founder Steve Wozniak says he’s been feeling like he’s been “clobbered over the head by a hammer” … ever since he learned about the death of his friend Steve Jobs.

Wozniak appeared on the “Early Show” on CBS this morning … and said, “When I heard the news my mind went blank.”

But Wozniak says, he hasn’t been able to stop thinking about all the good times he shared with Jobs … adding, “My head is swirling in it.”