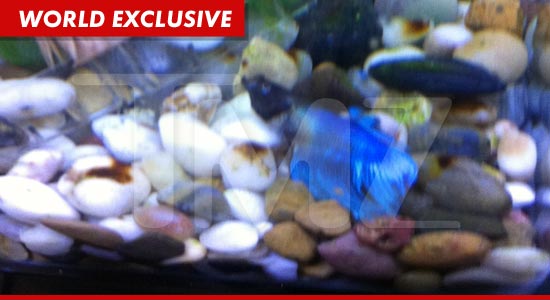 Ribeye the Fish — once known as “The Snarkiest Fish in the Z” — has died … TMZ has learned.

Sources close to the situation tell us … one of the TMZ staffers found Ribeye floating in his tank … unresponsive to various taps on the glass.

The fish — only a few months old — was given a burial at sea … via the toilet in the men’s bathroom.

Harvey Levin released a statement saying, “He was a good fish … he will be missed.”

Harvey’s asst. Tyler adds, “Not much of a swimmer though.” R.I.P.