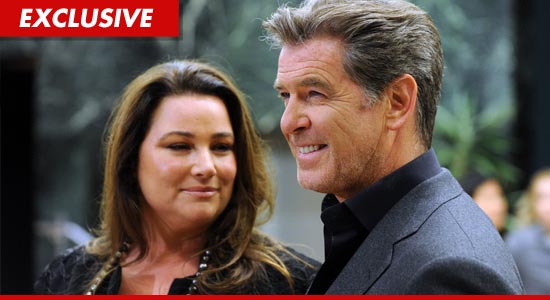 We now know why Pierce Brosnan‘s wife claims she suffered “permanent injuries to her health, strength and activity” at an L.A. restaurant — she took a bite of carrot cake with a special surprise inside … a rock-hard walnut shell.

We broke the story … Keely Brosnan sued R&D Kitchen claiming she became “sore, ill, and injured” after eating at the joint in October, 2009.

The suit doesn’t specify what she ate — but a rep for the restaurant now tells us … Keely had complained about a walnut shell inside a piece of carrot cake that may have fractured her tooth.

The rep tells us, the restaurant immediately contacted its insurance company after the incident — insisting, “We take food safety and cleanliness very seriously.”  Apparently, if a payout was offered, it wasn’t enough.