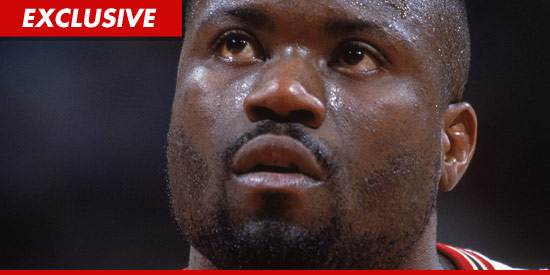 Former NBA Slam Dunk champion Isaiah “J.R.” Rider is a total flake who blew off his required domestic violence classes and failed to complete 90 hours of community service … this according to court docs obtained by TMZ.

Rider — who was arrested for allegedly assaulting his wife last year — was busted in Arizona for violating his probation Tuesday … but in court, he had no idea what he did wrong.

According to the docs, Rider completely ignored his probation requirements — which included 100 hours of community service, (he only did 10), completion of domestic violence classes, submitting to a urinalysis test and paying fines.

Rider’s probation officer TRASHED the former NBA star in court papers, saying Rider’s “failure to participate in treatment after so many opportunities appears to reinforce his lack of intent to successfully complete probation.”

Cops also believe Rider is a flight risk — and want to keep him locked up. Rider is due back in court on Oct. 11.