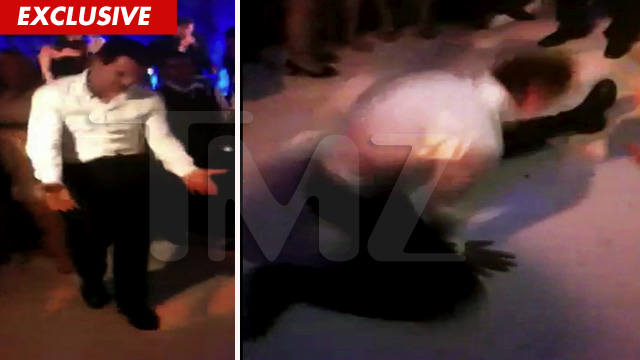 Tom Cruise was called out … CHALLENGED … on the dance floor at the wedding of a BILLIONAIRE’S SON — but after the clash … only one man walked away victorious.

Tom and Katie were in Palm Springs this weekend celebrating the wedding of Sandy Modic and David Ellison.

David is the executive producer on “Mission Impossible — Ghost Protocol” … and also happens to be the the son of Oracle CEO Larry Ellison … the 3rd richest man in the United States.

Tom was just hangin’ out when one of Ellison’s friends declared DANCE WAR … and Tom accepted.