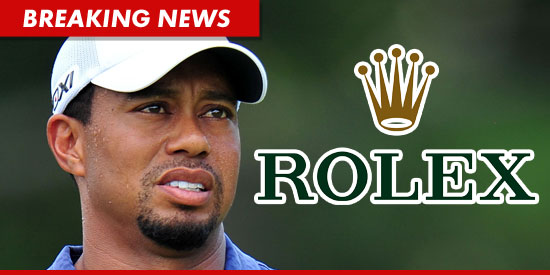 Times are finally changing for Tiger Woods … not on the links, he still sucks – but the golfer just locked down a MAJOR endorsement deal with Rolex watches … this according to his agent.

The details about the deal have not yet been released – but Tiger’s agent promises more information will follow shortly.

It’s a big deal for Woods – who was DROPPED by the TAG Heuer watch company in 2009 during the height of his “I can’t keep my driver in my pants” scandal.

Woods still has a lot of ground to make up — he was also dropped by Gatorade, AT&T and Accenture.