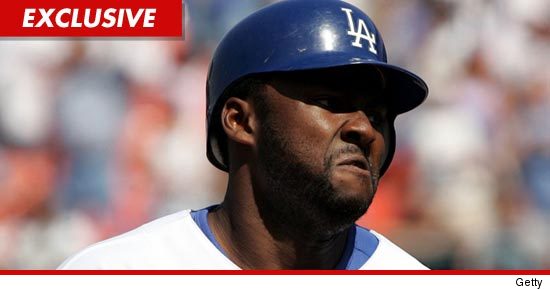 Ex Los Angeles Dodger Milton Bradley and his wife have each filed divorce papers in the wake of Milton’s arrest for allegedly swinging a baseball bat at her.

Bradley’s wife called 911 on September 27, claiming he was swinging a bat at her, cage style.  Milton was arrested and booked for assault with a deadly weapon.

Milton and wife Monique each cite irreconcilable differences.  They were married in 2005 and have 2 kids.

It’s been a bumpy road … Monique filed for a restraining order in January.  He’s been arrested twice.

She filed for divorce last February but dropped the case.

For both of their sakes, hopefully they’ll go through with it this time.