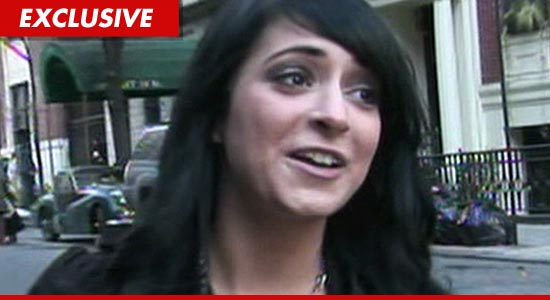 Yes, she’s still alive — and to prove it, disgraced “Jersey Shore” star Angelina Pivarnick is suing the girl who allegedly attacked her at some mall in Staten Island last year.

Angelina’s lawyer Stephanie Ovadia filed the lawsuit last week in New York — claiming some 20-year-old girl named Kelsey Balzafiore beat the crap out of Angie at the Hot Topic inside the shopping center.

TMZ broke the story … Kelsey was arrested for misdemeanor battery after the incident — for allegedly punching Angelina’s friend — but now, Angelina says she was also the victim of Kelsey’s fists of fury.

According to the suit, Kelsey “assaulted, battered and harassed” Angelina — and as a result, the former “Jersey” girl “was wounded, bruised, and injured and sustained severe shock to her nervous system.”

Calls to Hot Topic were not returned.