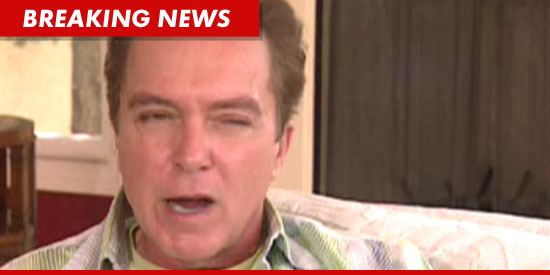 David Cassidy is suing Sony claiming the studio royally screwed him out of millions of dollars in profits from “The Partridge Family.”

According to the lawsuit, obtained by TMZ, Cassidy claims Sony used his image on merchandising without his permission for 40 years — and has swindled him out of profits the entire time.

According to the suit, Cassidy signed a contract with the production
company behind the show in 1971 — guaranteeing him 15% of net merchandise revenues for the use of his image or likeness … and 7.5% for all other PF merch.

“The Partridge Family” was only on the air for four years — from 1970 to 1974 — but over time, Cassidy claims the show raked in nearly $500 million in profits from board games, lunch boxes, magazines, comic books … and a laundry list of other swag.

Cassidy is suing Sony for breach of contract and fraud — demanding millions in damages. So far, no word from Sony.