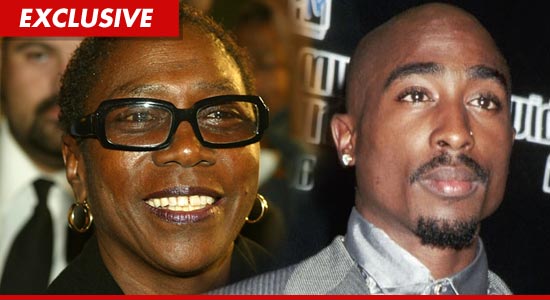 2Pac‘s 1991 sex tape will NEVER see the light of day … according to the rapper’s family, which has now threatened to SUE anyone who attempts to distribute the footage.

TMZ spoke with a spokesperson for Pac’s estate, who was VERY clear, “We will sue anyone who tries to sell a Tupac tape.”

The rep insists … only the estate has the power to authorize the use of Tupac’s image for commercial use … and there’s NO WAY the sex tape will ever get the proper approval.

We’re told Tupac’s mother, Afeni Shakur, is aware of the tape — and has told her spokesperson, “Get the legal team ready because [we] will not allow someone to put it out.”

The rep tells us … the estate is trying to figure out who is marketing the tape by attempting to identify the individuals who appear on film, including the leading lady, believing one of them might be the culprit.