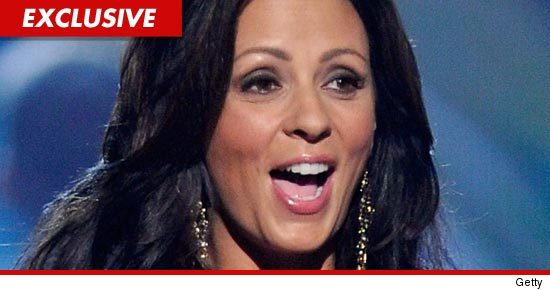 Country star Sara Evans has obtained a restraining order against her ex-husband — claiming he irreparably harmed their children by badmouthing her on Anderson Cooper‘s new TV show.

Craig Schelske appeared on “Anderson” back on September 20 — claiming he lost custody of his kids because Sara falsely accused him of being a porn-obsessed adulterer.

Sara claims the interview not only violated a temporary injunction she obtained against Craig back in 2010 — blocking him from bashing Sara in public — it also “caused and will continue to cause irreparable harm to the children.”

On September 21 — a day after the interview aired — Sara filed a request for a restraining order to block Craig from making further statements about their divorce proceedings. A judge signed the order the same day.

A source close to Craig tells us, “This is a violation of his First Amendment rights, and he won’t take it lying down.”