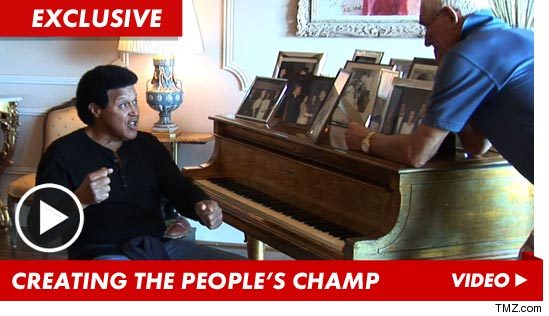 “Float like a butterfly, sting like a bee” … “I am the greatest” … “Joe Frazier is a gorilla” — Chubby Checker says he’s the inspiration behind Muhammad Ali‘s historic trash talk … and without him, Ali would be a nobody.

Chubby was celebrating his 70th birthday at his good friend Zsa Zsa Gabor‘s house in L.A. on Monday — telling us, back when Muhammad Ali was Cassius Clay, the young boxer asked Chubby how to get people to notice him.

At that moment, Chubby says he gave Clay what would become the secret to the boxer’s fame — a big mouth.

According to Chubby, he instructed Clay to get as loud and cocky as possible whenever he could — both inside and outside the ring — and before long, Clay became known for his trademark hubris.