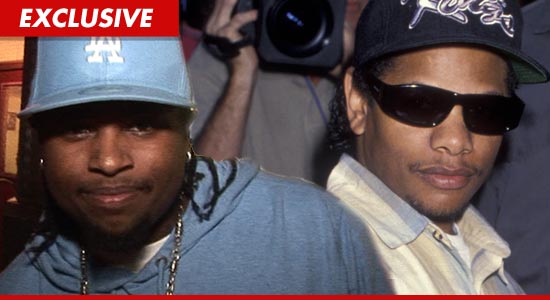 TMZ spoke with Eric Wright Jr. — aka Lil’ Eazy-E — who told us he’s “very excited” that New Line Cinema is moving forward with the flick … which is set to be produced by Eazy’s former N.W.A. group member Ice Cube.

The 27-year-old — who’s trained with an acting coach in the past — tells us he’s already been in contact with the movie producers … but  he has yet to formally audition for the gig.