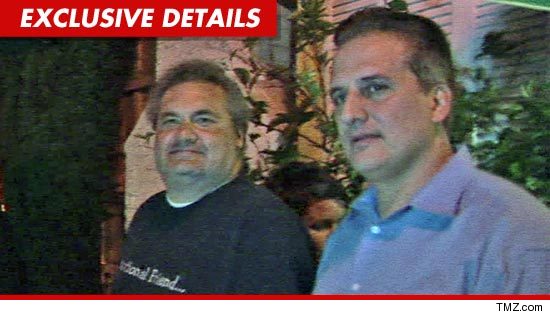 Artie Lange‘s return to radio is paying off for him and partner Nick DiPaolo … BIG time — because TMZ has learned the comedy duo will rake in a total of about 3 MILLION bucks!

We’re told Artie and Nick just inked 3-year deals for a nationally syndicated radio show premiering Monday, October 3. Sources involved in the deal say each of them will make more than 500K per year of the deal — and it’s going to be called “The Nick and Artie Show.”

As TMZ first reported … DirecTV put together the deal to get Nick and the former “Howard Stern Show” star. We’re told there are already plans to simulcast Nick and Artie on The Audience Network next Spring.

The show will focus on sports and entertainment —
and we’re told Artie’s already describing it like this: “Imagine two
hosts from SportsCenter … if they were under indictment.”

As they say … check your local listings.