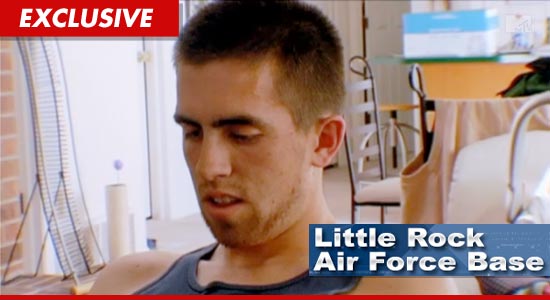 Life is about to get very real for reality star Josh Rendon… he could be kicked out of the Air Force.

TMZ has learned the “16 and Pregnant” star is currently under investigation by the military for his conduct leading up to his arrest earlier this week on charges of endangering the welfare of a child and drug possession.

A rep for Little Rock Air Force Base, where the incident took place, tells TMZ … Rendon could be court-martialed, or face other administrative action. In other words, he could be discharged.

If he gets kicked out of the military, Rendon and his wife, Ebony Jackson, will lose their home — because they live on the base.

On Tuesday, police raided Rendon and Ebony’s pad, after someone complained about living conditions in the house. Police found the place covered in feces.

The couple’s 2-year-old daughter was taken away by the Department of Human Services.