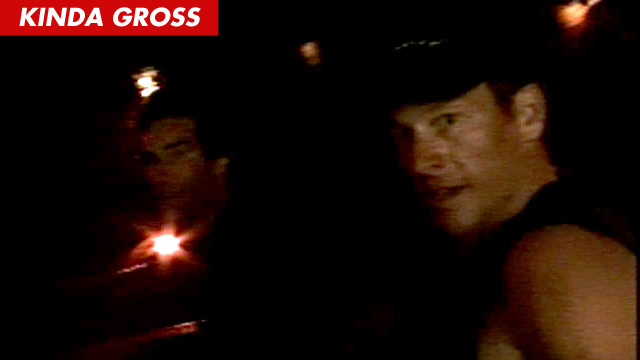 And you thought your job sucked… A TMZ photog wretched his guts out trying to shoot Lance Armstrong last night.

Our guy was running alongside Lance during a Twitter run in NYC… but let’s just say it might be time for him to renew his gym membership.

Two minutes into the race, the photog lost his cookies, narrowly missing the champ.