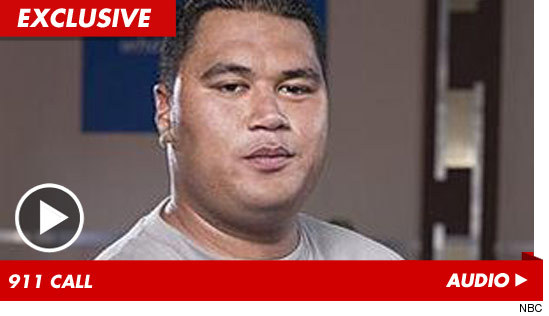 “Biggest Loser” contestant Sam Poueu made “a really loud crash” when he fell from a building earlier this month …this according to the woman who saw him lying on the ground and called 911.

As TMZ first reported, Poueu was hospitalized on September 3 with a pelvic injury, torn ligaments, a punctured lung, and a broken leg. His fiancée later explained he fell from a fire escape after he was accidentally locked out on the roof of a friend’s apartment.