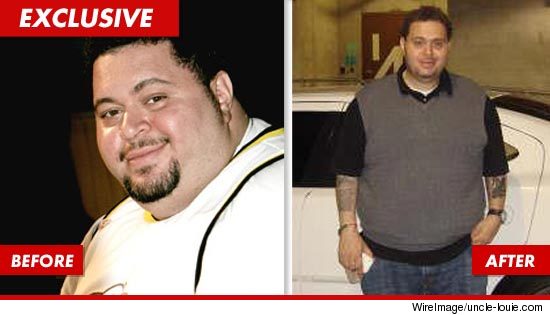 Fat Boys rapper Prince Markie Dee ain’t so fat anymore — because TMZ has learned, he actually dropped SERIOUS weight … all thanks to his kids.

43-year-old Prince says he’s lost 175 pounds in the last six years … down from 450 (left) — telling us, “I am not young anymore. I cant go eat a couple of Big Macs a day and not worry about it. I have to watch what I eat and care about my diet. I have kids to live for.”

Prince — real name Mark Morales — says he’s also planning a huge comeback after a 12-year hiatus … and has even signed with a label called Uncle Louie Music Group to put out an album.

Prince says his former Fat Boys pal Kool Rock-Ski (below left) will make a cameo on the record — and he even plans to throw in some beatbox samples from the late Darren “Buff Love” Robinson (below right) … who died in 1995 due to a complication from his weight. 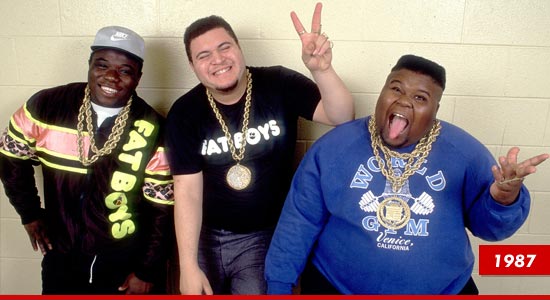 No word yet on a release date.